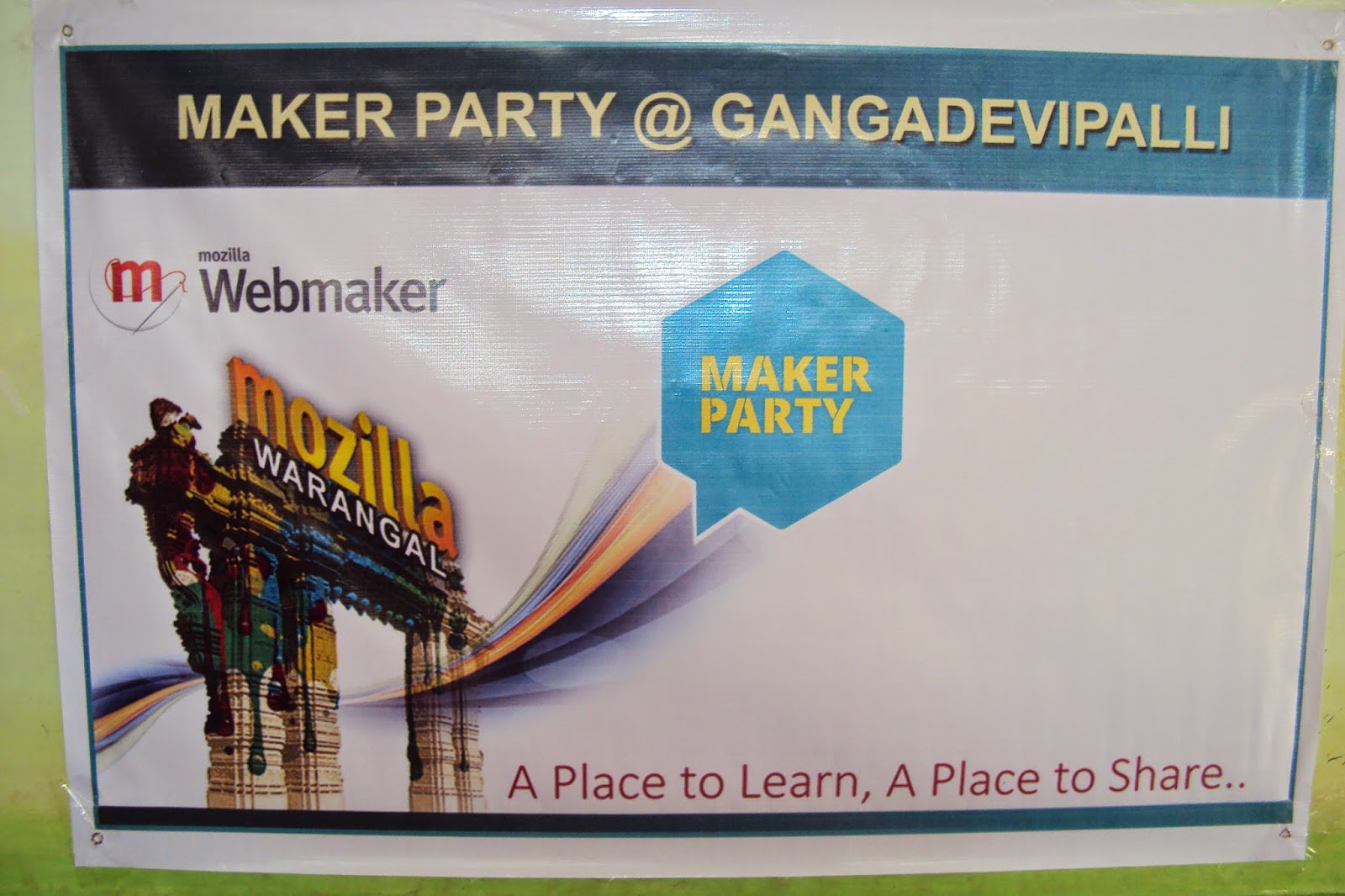 As you all know, I and Hitesh have started a campaign named MozRide as part of Mozilla Web Maker Project to host Maker Parties in the city of Warangal and raise awareness on Open source, Open Web, Net Neutrality, Mozilla and to teach the web.

MozRide got good response and many of our friends wanted to get involved in this campaign. Ajay – Mozilla Web Maker Super Mentor, M Santhosh, Bharath, Sudheer, Manoj, Samudrala Santhosh, Sai, Vineeth, Abdul Ghani and Vamshi have joined me and Hitesh for the MozRide to a Village and we all together have hosted Maker Party @ Gangadevipally. 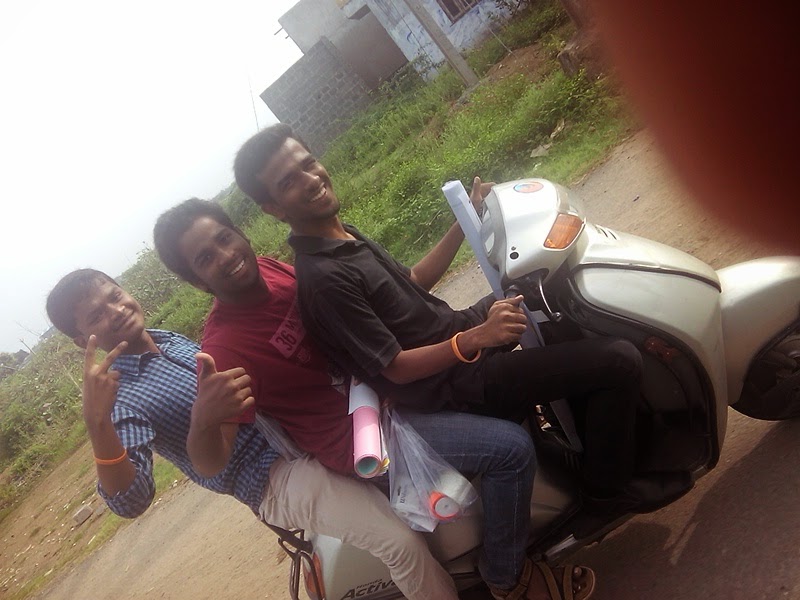 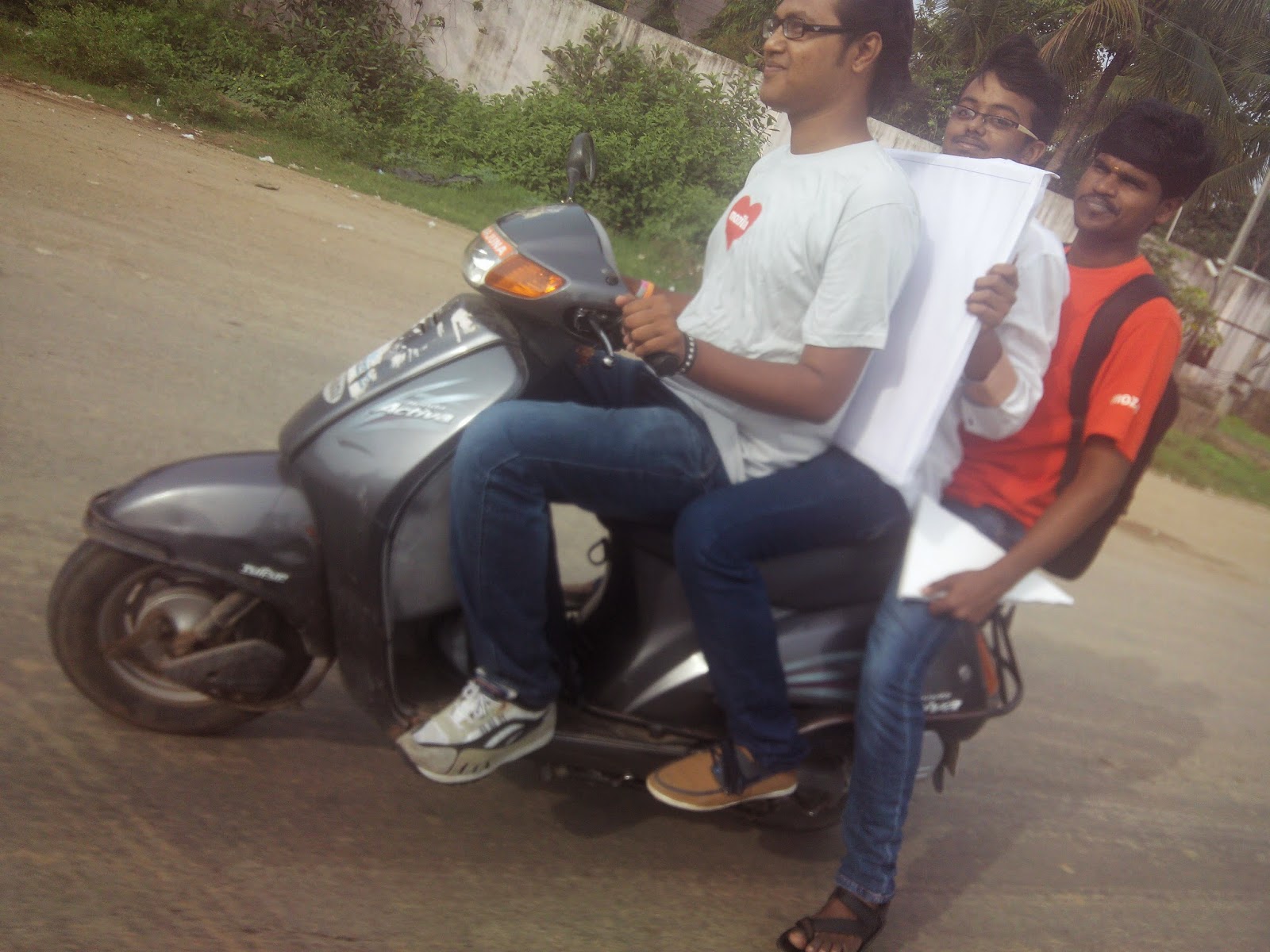 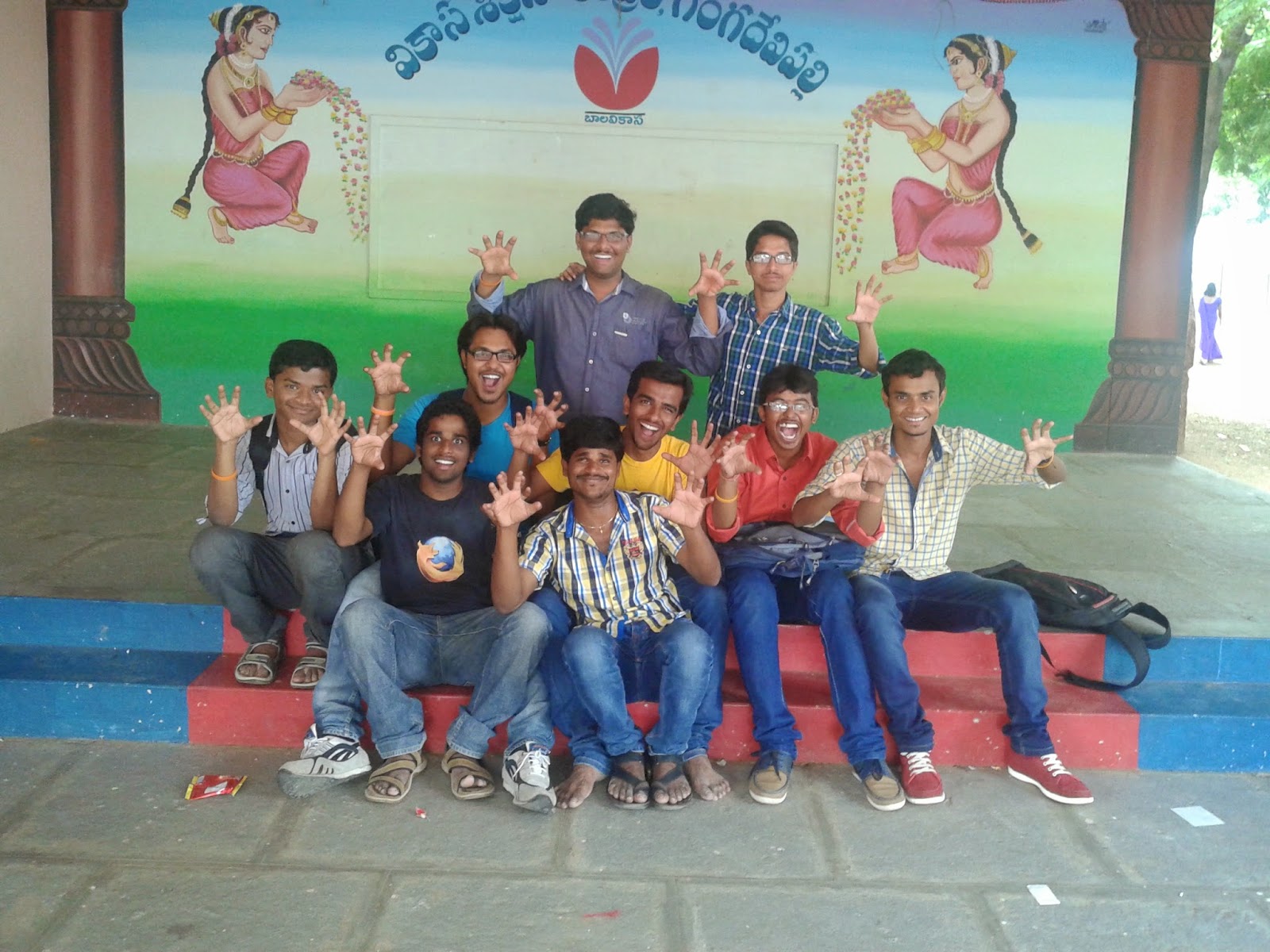 Second day was the Maker Party. We all were set and were very excited to host the event. Gram Sarpanch (A head of the village) has inaugurated the program. Many people of the village have joined us in the event. Children, farmers, Bank Officials, teachers, House wives were all the part of Maker Party. 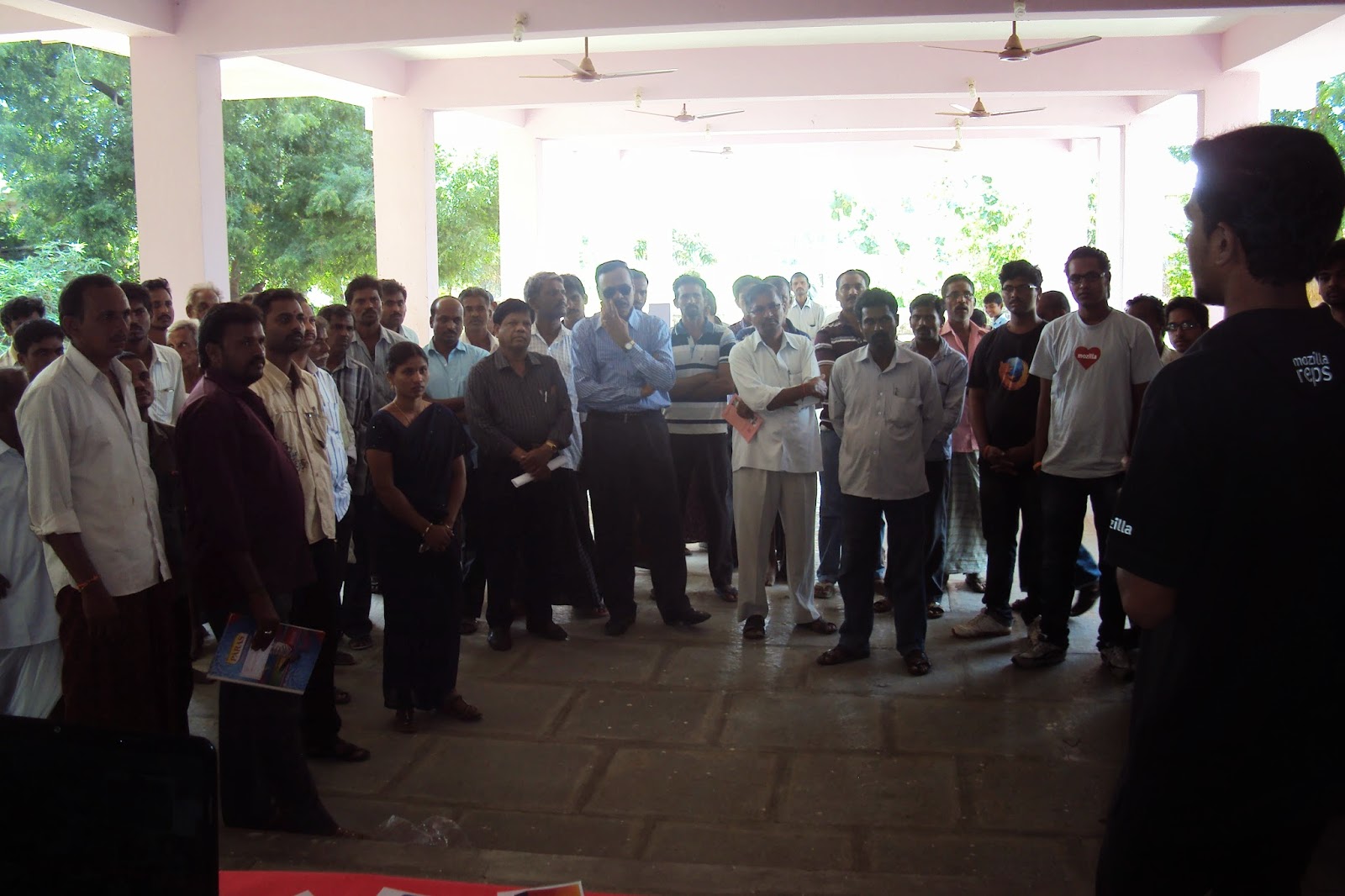 First I have given a brief Introduction to all the people about who we are, what we do as part of Mozilla and how we do. Then people moved to different stalls organized, in the first half an hour, everybody have given awareness on Open Source, Internet, Open Web, Net Neutrality and Mozilla to the people and the rest of the event was showing them live about what Internet is, how to use the web using Firefox Browser, how webpage is loaded in to the browser, how it is built with html and the basic html tags. 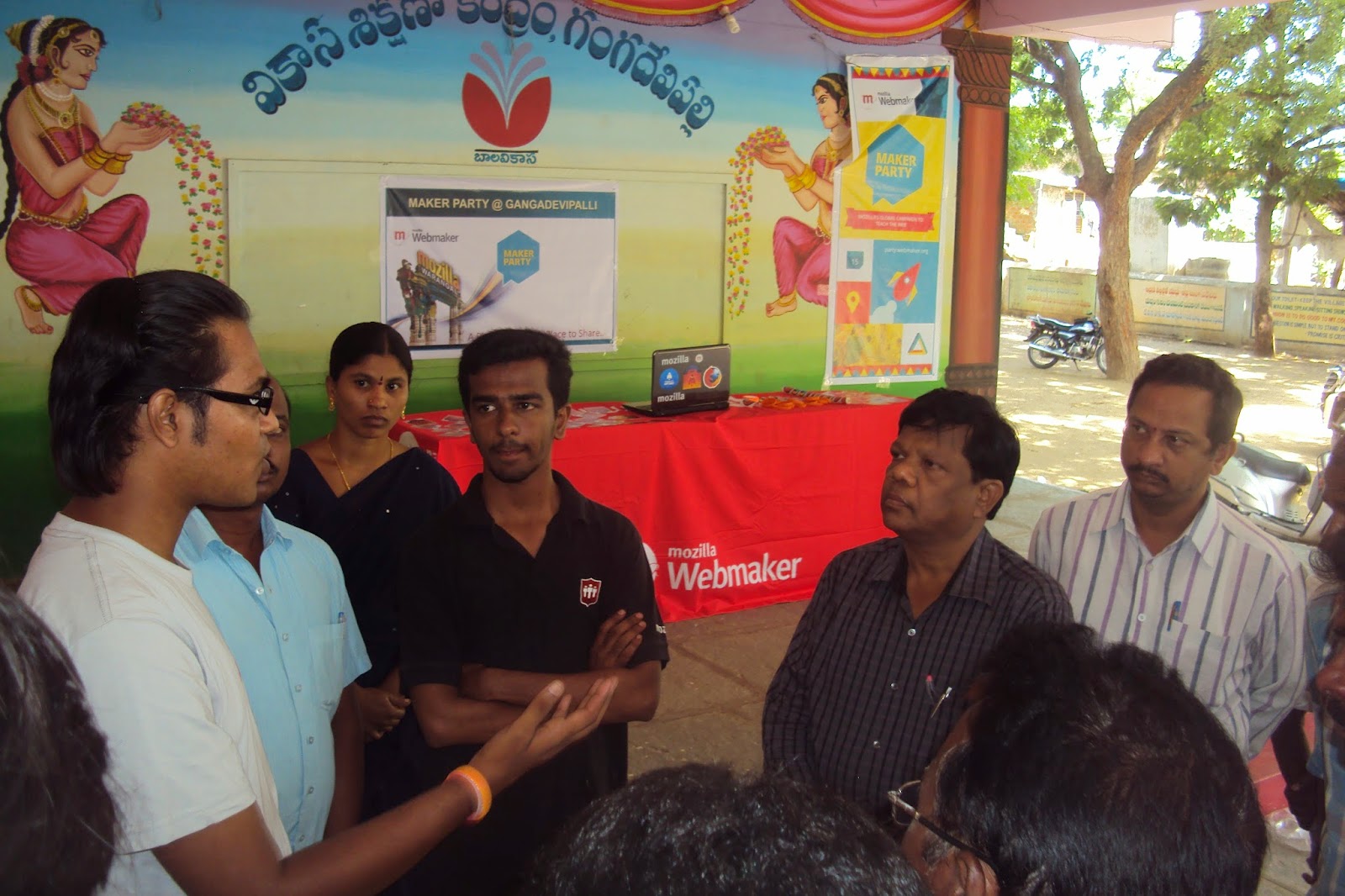 The village which we have chosen for MozRide has many credits. It is one of the best villages in India and it has been awarded as the Model Village.  There is 90% of literacy, no alcohol consumption, 100% children going schools, no child labor, purified drinking water at a very low price etc. 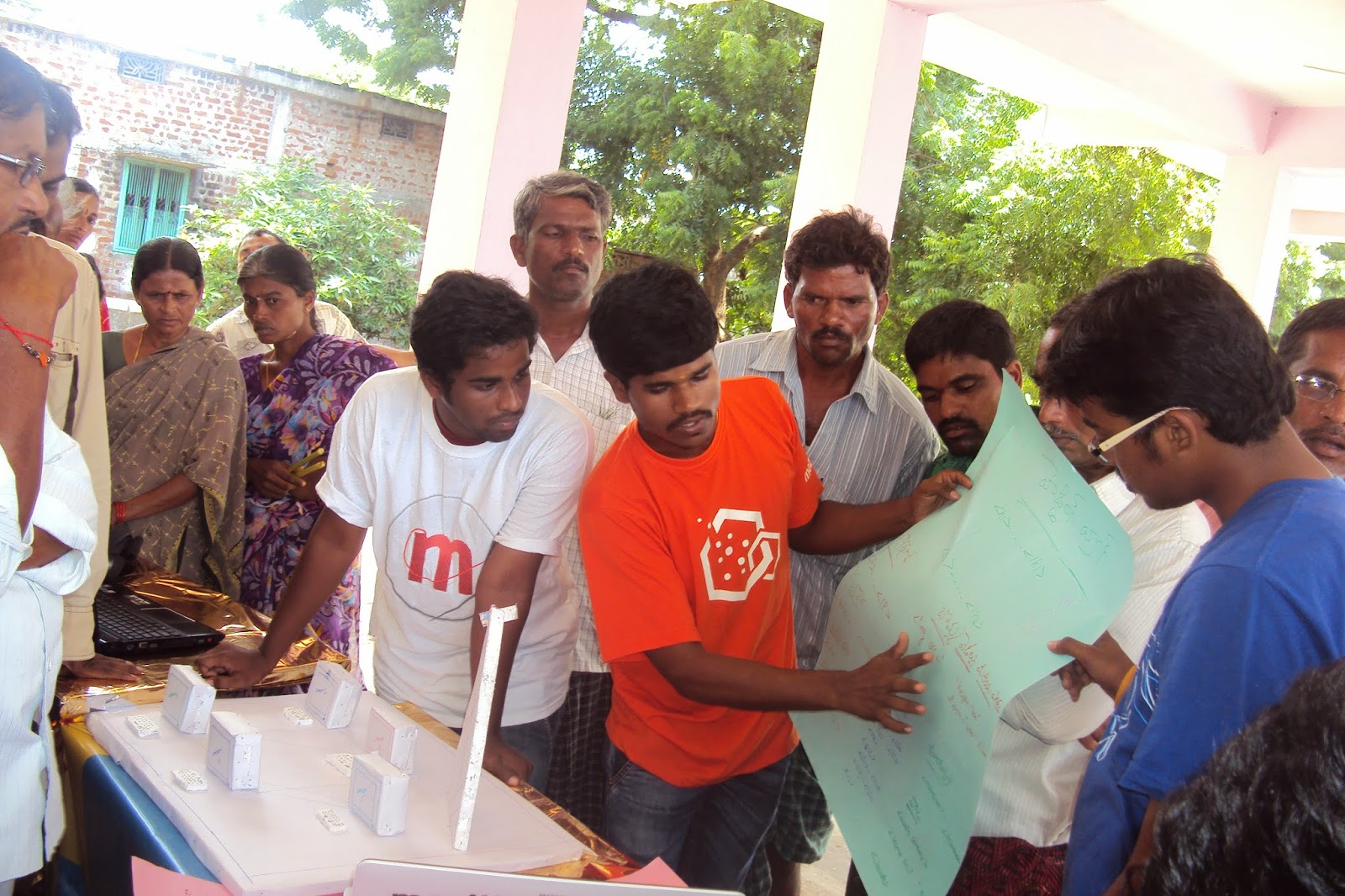 Finally we took feedback from the villagers and gave a momento on behalf of Mozilla Warangal. People felt so happy for sharing the knowledge with them. 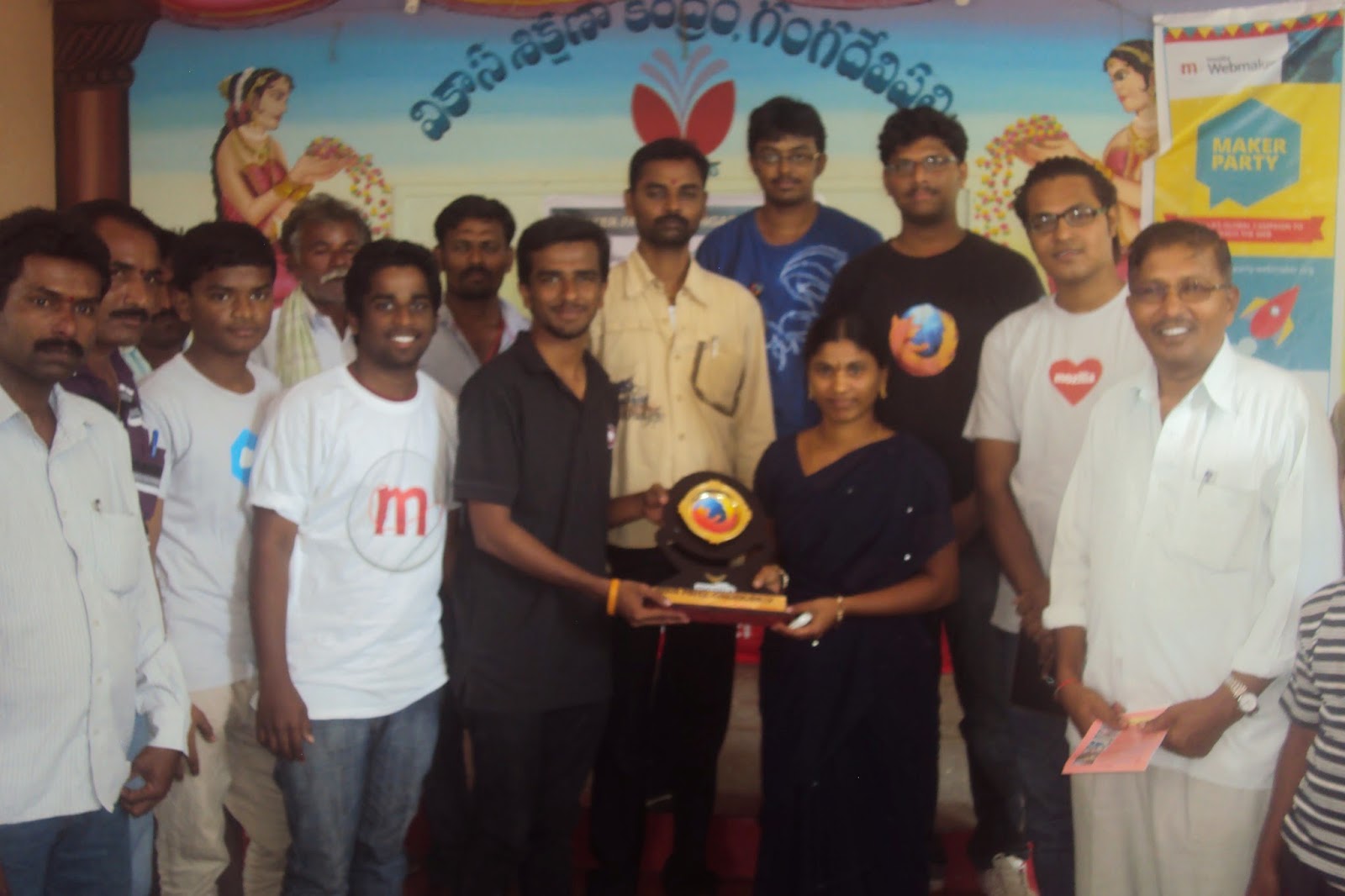 Make which we have created: https://merajimran.makes.org/popcorn/2791